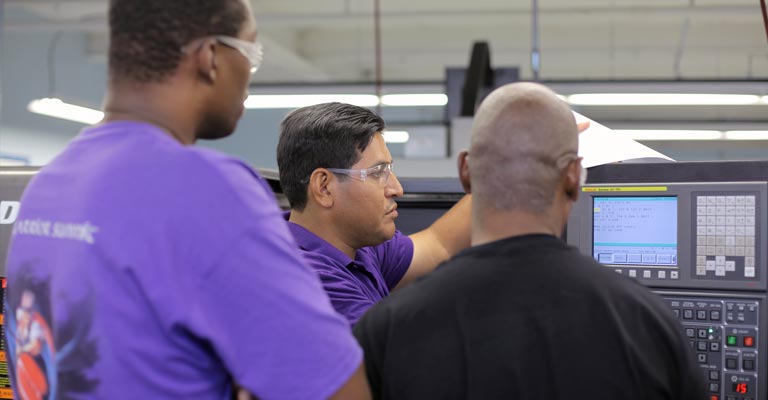 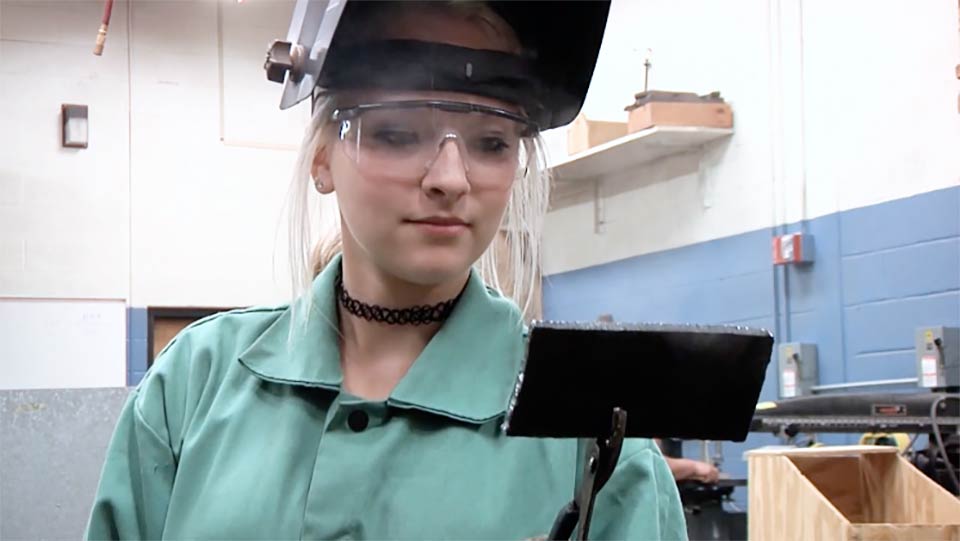 FONTANA, Calif. — At a steel factory dwarfed by the adjacent Auto Club Speedway, Fernando Esparza is working toward his next promotion.

Esparza is a 46-year-old mechanic for Evolution Fresh, a subsidiary of Starbucks that makes juices and smoothies. He’s taking a class in industrial computing taught by a community college at a local manufacturing plant in the hope it will bump up his wages.

It’s a pretty safe bet. The skills being taught here are in high demand. That’s in part because so much effort has been put into encouraging high school graduates to go to college for academic degrees rather than for training in industrial and other trades that many fields like his face worker shortages.

Now California is spending $6 million on a campaign to revive the reputation of vocational education, and $200 million to improve the delivery of it.

“It’s a cultural rebuild,” said Randy Emery, a welding instructor at the College of the Sequoias in California’s Central Valley.

Standing in a cavernous teaching lab full of industrial equipment on the college’s Tulare campus, Emery said the decades-long national push for high school graduates to get bachelor’s degrees left vocational programs with an image problem, and the nation’s factories with far fewer skilled workers than needed.

For education updates on the latest education news, sign up for NewsHour’s weekly education mailer.

This has had the unintended consequence of helping flatten out or steadily erode the share of students taking vocational courses. In California’s community colleges, for instance, it’s dropped to 28 percent from 31 percent since 2000, contributing to a shortage of trained workers with more than a high school diploma but less than a bachelor’s degree.

“All throughout high school, they made it sound like going to college was our only option.” Derrick Roberson, who is training to become an electrician

Research by the state’s 114-campus community college system showed that families and employers alike didn’t know of the existence or value of vocational programs and the certifications they confer, many of which can add tens of thousands of dollars per year to a graduate’s income.

“We needed to do a better job getting the word out,” said Van Ton-Quinlivan, the system’s vice chancellor for workforce and economic development.

High schools and colleges have struggled for decades to attract students to job-oriented classes ranging from welding to nursing. They’ve tried cosmetic changes, such as rebranding “vocational” courses as “career and technical education,” but students and their families have yet to buy in, said Andrew Hanson, a senior research analyst with Georgetown University’s Center on Education and the Workforce.

Federal figures show that only 8 percent of undergraduates are enrolled in certificate programs, which tend to be vocationally oriented.

The United States has 30 million jobs that pay an average of $55,000 per year and don’t require a bachelor’s degree, according to the Georgetown center. People with career and technical educations are actually slightly more likely to be employed than their counterparts with academic credentials, the U.S. Department of Education reports, and significantly more likely to be working in their fields of study.

At California Steel Industries, where Esparza was learning industrial computing, some supervisors without college degrees make as much as $120,000 per year and electricians also can make six figures, company officials said.

calculates. It says tradespeople also are older than workers in other fields — more than half were over 45 in 2012, the last period for which the subject was studied — meaning looming retirements could result in big shortages.

High schools and community colleges are the keys to filling industrial jobs, Hanson said, but something needs to change.

“You haven’t yet been able to attract students from middle-class and more affluent communities” to vocational programs, he said. “Efforts like California’s to broaden the appeal are exactly what we need.”

There are an estimated 30 million jobs that pay at least $55,000 per year and don’t require a bachelor’s degree.

Aside from marketing the programs differently and making them simpler to find and apply for, California is trying to ease the process through which individual campuses can add new programs that could help local businesses. If a region needs respiratory therapists, for example, community colleges will be able to avoid some of the red tape that previously hampered their flexibility to train new therapists.

“We definitely wanted to get out of the colleges’ way,” Ton-Quinlivan said.

The industrial course in which Esparza is enrolled is run by nearby Chaffey College through the community college’s InTech Center, a partnership with California Steel and other local manufacturers. At its completion, Esparza will have new skills he hopes will translate into a promotion and a raise of $4 or $5 per hour.

Like his classmates, Esparza, who starts work at 6 a.m., is looking at the class as a moneymaker for him.

“It feels very comfortable for me,” he said. And then, like many Californians, he reflects on his commute. “I don’t even have to catch a freeway to get here. How can it get better?”

But it can get better in California, where 30 percent of all job openings by 2025 — more than a million jobs — will require some post-high school education, according to the state’s community college system. Some on the industry side of the equation say that while colleges should have spent the past few decades building tighter bonds with local companies, those companies share the blame for vocational education’s tattered reputation.

Residents who have watched manufacturing companies relocate overseas may have not wanted to encourage their children to learn manufacturing-related skills, said Sam Geil, a Fresno, California, business consultant and adviser to the San Joaquin Valley Manufacturing Alliance.

“It doesn’t help when industry is moving out and laying people off,” Geil said. “It’s the relationship that industry has with the community. Industry could do a better job communicating.”

As with a lot of education challenges, money is also a big problem.

READ MORE: Candidate’s comment reopens controversy over whether college is worth the cost

While a humanities class such as English costs a college just $52 per student credit, a respiratory therapy class costs $265, according to a 2013 report by the Institute for Higher Education Leadership & Policy. Equipment and trained instructors in some specialty fields can be prohibitively expensive for a college.

With state budgets in constant flux, colleges and experts say it’s essential that companies help pay for educational programs that directly benefit them. While that kind of cooperation has been rare, Chaffey College’s InTech Center is an example of how it could work.

California Steel chipped in $2 million for the education center, which it leases to Chaffey for $5 per year, said Sandra Sisco, the school’s director of economic development. Other local companies and colleges have invested, too. The center served about 1,300 students in the past year and plans to grow, she said.

The steel company agreed to work with Chaffey mostly because it was having trouble finding enough trained workers, said Rod Hoover, its human resources manager. And if California Steel’s competitors benefit from the classes on the factory campus, many of which provide skills useful in steelmaking, so be it.

“It was the right thing to do for our community,” Hoover said. “The selfish reason was because we needed craft workers and it was inconvenient to send them elsewhere.”

The InTech Center specializes in quick courses that help students like Esparza get ahead in their jobs, Sisco said.

“The reputation of the colleges being archaic and slow is still out there,” she said. As with many perceptions of vocational education, Sisco said, “That’s not necessarily true.”

Related: With number of student-parents up, availability of campus child care is down

Although a large percentage of InTech students are older than traditional-aged college students, Chaffey is trying to encourage younger ones to focus early on their career training.

The strategy worked with 17-year-old Derrick Roberson, who graduated in the spring from Montclair High School and is taking an industrial maintenance electrical and instrumentation InTech course as he trains to be an electrician.

“All throughout high school, they made it sound like going to college was our only option,” he said. “After you go to college, where do you go? It can open doors for you, but not as much as they make it seem.”

“It’s often either vocational training or liberal arts,” Gallagher said. “But if you look at what employers want, it’s both, and I think that’s often lost in the dialogue today.”

This story was produced by The Hechinger Report, a nonprofit, independent news organization focused on inequality and innovation in education.

By —Matt Krupnick, The Hechinger Report 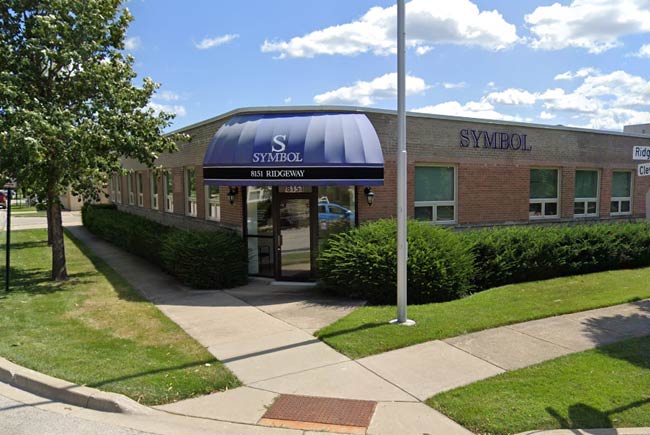 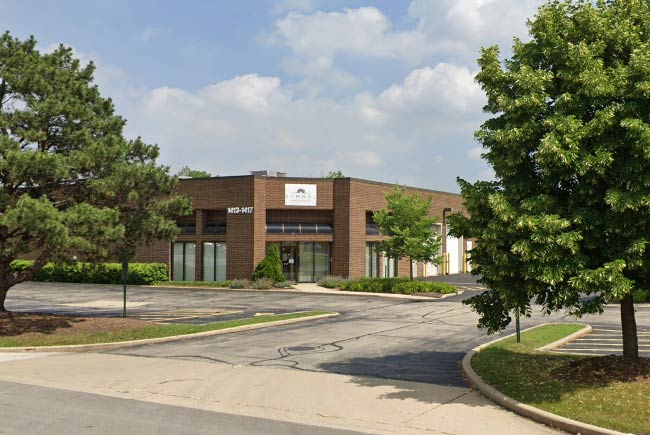